Hello lovely people and happy Easter! I hope you’ve all been stuffing yourself silly, spending time with loved ones and relaxing. Because that’s what it should be about isn’t it? Spending time with people you care about.

This year, I drew the short straw and had to work yesterday, however less than some of my colleagues, so I’m also wishing those who have to work on Bank Holidays a stress-free day.

By the time this gets posted I will hopefully be lolling on The Parents sofa being filled right up to my eye balls. I’ll also hopefully have some craft in my hand and watching Ben Hur. All these things are mandatory for me at Easter. Why is it important at Easter I hear you asking? Does it have some sort of religious element? No. Easter is an important crafty time for me as Easter is my knitting birthday, and I feel, the start of my adult crafty life. I spoke a while ago about my crochet birthday so it only seems right that the rest of them get a say.

I remember it like it was yesterday.. Even though it was 13 years ago. (Eak!) it was a lovely Sunny but breezy Easter Sunday. Something delicious was cooking in the kitchen so there was alternate smells of lovely oven contents and breezy springtime. As tradition dictates, Ben Hur was on the telly, I wish I could remember the scene. In my hands I had some dusty pink yarn and some mismatched tiny needles. I had managed to complete my first couple of rows. Of course they were holey, uneven and the 2 sides were starting to grow together at an alarming pace, but I’d conquered it! It was all sitting right in my head. A few days previously, a colleague had tried to teach me without much success. I remember feeling deflated and told The Mother as much. In between cooking what must have been a delightful dinner, she found time to explain it to me in a way that I would understand. She’s good at that. I spent the entire 3 hours and 32 mins practicing, and some considerable time after I believe, proof that I can actually sit down and focus on things when I want to.

While everything evolved very quickly from here, there was also a lot of craft before this. I’ve been on a hunt to try and find old projects or pictures, including my original pink knitting, but they’ve been put in a box, or thrown out or just simply vanished into the ether. Now I’m really careful to take pictures of all my projects. Too many of them probably. But back then I didn’t have the sense that I was creating my own personal story and history. I also didn’t have a camera phone. I probably wouldn’t have gotten in to anything if I’d had a camera phone!

I’m also a big vague about when things happened and in what order. The Mother will have to have a look and verify my facts I think.

I remember messing around with a lot of Perler beads – obviously with an obliging adult to do the ironing bit – but again nothing has survived. It’s been interesting to see the resurrection (nice Easter word for you there) of them in the past couple of years. I’ve seen them used a lot for cross stitch patterns and c2c ideas. I’ve been very tempted to go buy some recently and relive my childhood.

The first yarn related thing I remember doing was French Knitting. I would spend hours at my Nans house going round and round on the pins creating long lengths of work. I don’t remember doing anything with them however. Just long lengths but none of them joined to make anything. I don’t think I thought passed the making of them. I got Little Miss one last year and was looking at what you could do with them and I was shocked with what you could create. I’d like to sound cool and say it was a rustic one that was just a cork with some pins in it, but alas it was one of the painted lady ones complete with little plastic needle, which I remember being battered and bruised by the end.

I’ve actually managed to find my first piece of stitching! This is the only old piece of craft I knew where to find. Take a peek..

Why a post box you ask? (Yes, it is a post box.) Well my first go at stitching wasn’t actually at home but a school project. It was year 4 so I would have been 8 or 9. I’ve got a feeling it was my first piece of work that got a special place on the wall in class. Since then it’s been tucked away on a wall in The Parents spare room where you can see it’s been more than a little faded by the sun. I’m sure the box itself was a.. well, post box red, but it’s a light pink colour now. The project was to stitch something related to public services. So there were fire engines and ambulances and obviously the postal service. I’m not sure if I picked a post box or if it was assigned to me, but I remember being glad that I didn’t have complicated stitching to do. No change there then! I haven’t dared take it off the card to look at the back, but 20 years on I’m surprisingly happy with my backstitching. Yes, my box isn’t quite central, but it’s taken me 20 years to notice so I’ll get over it!

I remember after finishing this I wanted to do more, it really sparked my creativity. I’ve always been rubbish at art, I can’t even draw a straight line. But this gave me an outlet to create things in another way. It led me to believe, as I still do now, that while people may not be good at ‘traditional’ art methods, there’ll always be something out there for people.

This led to, surprise surprise, a whole heap on unfinished objects. I next had a cross stitch, which I think was a seashell and probably way too advanced for me. I remember there being half stitches and being put off by them. After this there was a looong line of unfinished cross stitches and tapestries. I’m presuming they were unfinished, I haven’t got the finished projects to prove it.

I guess the next big milestone would have to be starting secondary school and being let loose on the sewing machines. Again, my lines are always going to be a little bit wavy, but it was a good outlet from whatever creativity I had as a grumpy teenager.

Then comes the knitting. Again, I don’t remember making anything significant for a long while. I think it was just enjoying doing it, if that makes any sense at all? Eventually I ventured into hats and wrist warmers and the odd scarf. Way before Himself and I were together, I actually taught him how to knit in the 6th form common room. We got some funny looks I can tell you. I also tried a beast of a scarf in my early twenties. It seems my love of making things bigger was at the very least realised here if not ignited. Is it finished? No, not technically. I still have ends to do which of course will never get done. It took a long time to do, it was very warm for the couple of times it was used and then never again. It seems that I had serious trouble with finishing things until I bought a house. More on that later..

Eventually as my knitting, sewing and general craftiness increased, I decided to start selling my creations, not that they were inspired or profound. I owe this hugely to the shop in which I was working at the time. Everybody had some sort of crafty outlet, and I mean everybody. Most of them were selling already, so I learnt from them the best ways to make, price and sell my items. We all banded together for a couple of craft fares where we learnt even more. Here I am looking sheepish! The cushions are mine at the top.

Alongside this, I decided to do a beginners dressmaking course, just so I could get to grips with the basics. I loved it, but surprisingly comes in most useful when I’m making re-enactment clothes for Himself. I wish I could have more time so I could make my own things, and I’d love to learn how to make bras and corsets, but years worth of practice would be needed!

So while I count that particular Easter as my craft awakening, There’s been somewhat of an explosion since we moved in. I’ve tried to reason that maybe it was renewed focus from buying a property, or just the fact that I might actually be growing up now, but in all honesty I don’t know. All I know if that I can now finish things, where it seemed impossible before. I mean, I don’t get EVERYTHING finished, what crafter can say that, but I’m on a high percentage. Much better than before. You’ll hopefully have read about my crochet birthday, so I won’t go into that, but I wanted to show you some of my finishes since we’ve been in our falling down abode. 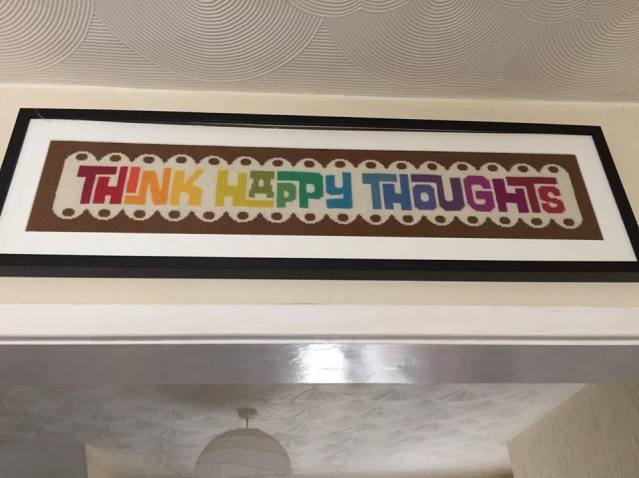 This is probably the one I’m most proud of. This is my first ever stitched and professionally finished object. It’s an Emily Peacock design and I fell in love with them immediately. I knew I had to buy something, and while I do have aspirations to afford the other kits, this is the one that I could afford and had a plan for. It fits perfectly in the space. It’s hidden away on one of the interior walls in my living room. You can only see it when you’ve sat down and looked about a bit. It gives a nice surprise to new visitors. I often find myself just looking at it and feeling pleased with myself. Which I guess was the point of making it. It’s the first thing of mine that I’ve had framed. Luckily we have a framing shop opposite our house, so it was easy, but as you can imagine it was more than a tad expensive due it its irregular shape. Worth every penny though.

I’m also really proud of the Christmas achievements this year. So many finishes in such a short space of time. I’ll leave them here for your perusal.. 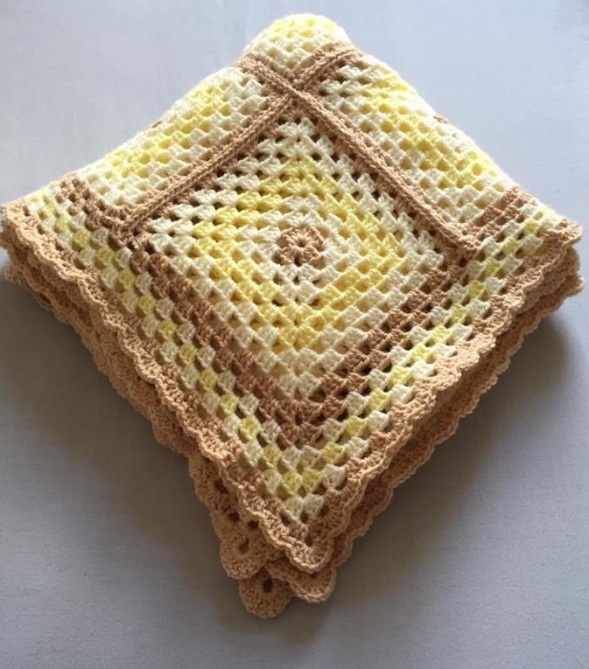 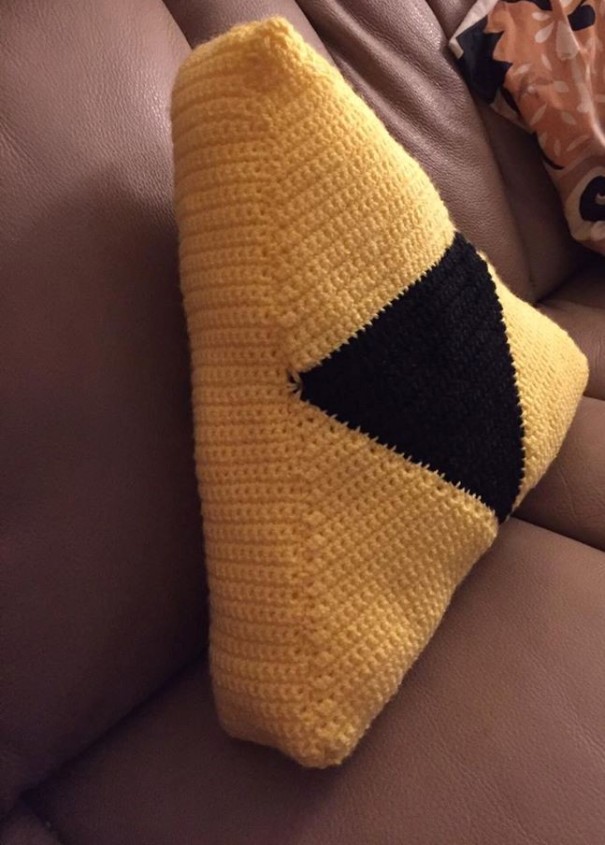 Easter always feels like it should be more of a celebration than it is, so I’ve tried to bring a bit of my eater spirit to the blog world. I’m celebrating love and support from family and friends, delicious dinners and craft or any achievements. See, I keep telling you I’m the sentimental reflective sort…

3 thoughts on “Easter: A craft history”

This is a text widget, which allows you to add text or HTML to your sidebar. You can use them to display text, links, images, HTML, or a combination of these. Edit them in the Widget section of the Customizer. 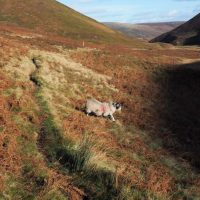 The best sewing, knitting, crochet, macrame, and weaving classes and camps of all time

Sew What... Sewing, Embroidery and handmade

Crochet Along With Us!!!
Intergalactic
Lindashee's Stitches

Stumbling through life one knitting project at a time.

Where we knit with a passion

Wool, Wiltshire and All Manner of Wonderful Things!

wool obsessed, and writing all about it

Knitting and me. Mostly knitting

the joy of creativity

Yarn Lovers for Crochet and Knitting

Life in the Oddest Town in England